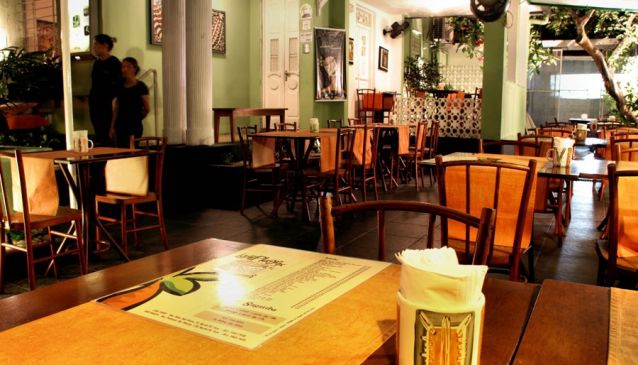 An absolute favourite for all 'Recifenses' who enjoy dinning crêpes and salads. Though these dishes are offered by a host of restaurants in town nowadays, 'La Vague' is certainly the one locals love most.

This restaurant was created in Maracaípe in 2003 under the name 'La Plage' (French for 'the beach', due to its location). With time, it opened new units in Recife, in the districts of Casa Forte, Aflitos and Boa Viagem.

Over the years it became a favourite among locals for its light salads and original crêpes. Though the restaurant's name has changed to 'La Vague' in 2012, the menu is still a homage to all beaches across France, the motherland of crêpes, with every meal named after a French beach (Arcachon, Marseille, Cannes, etc).

The recipes are original and cannot be found in other establishments. You'll be pleased with the variety of flavours available, with both international and regional traits. The recipes for these crusty crêpes were created by chef Joca Pontes, who was chosen 'Chef of the Year' in 2007 and 2008 by a leading gastronomic publication. The wine selection is also one of the finest in town, especially due its the cost x benefit. A good array of beers is also available.