Every Easter, Christ's life, sacrifice and resurrection is retold to an audience of over 70.000.

One of Pernambuco's most characteristic personality traits is self-aggrandizement. No matter what it is, Pernambuco's got it, bigger and better than anywhere else. Though, more often than not, this is just native pride instead of reality, it really is the case for open-air theatre.

Pernambuco rightly boasts the title for largest open-air theatrical play in the world. At a certain season, crowds from all over Brazil and from abroad flock to a small town in the hinterlands called Fazenda Nova (180 km from Recife), which is pretty much unheard of during the rest of the year. What story would be so compelling as to attract thousands year after year to the same place? That of Jesus Christ's Passion. 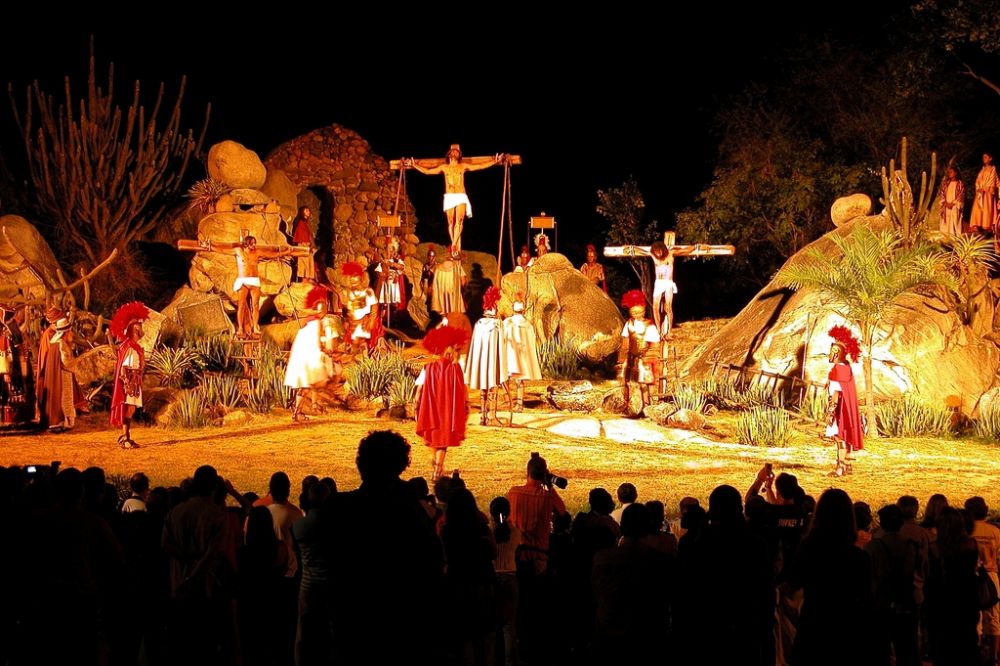 Every Easter, the story of Jesus Christ's life, sacrifice and resurrection is retold to an audience which can reach up to 70 thousand people. The show began over 50 years ago and it has grown into the single largest event in Pernambuco's Holy Week. The play used to be performed on the streets of Fazenda Nova, until the journalist Plínio Pacheco had the idea of building an entire town for a stage from the ground up. The endeavour took several years to complete and it resulted in a 100.000 m² theatre-town called "Nova Jerusalém" (New Jerusalem), which is where the spectacle has been taking place up to date. 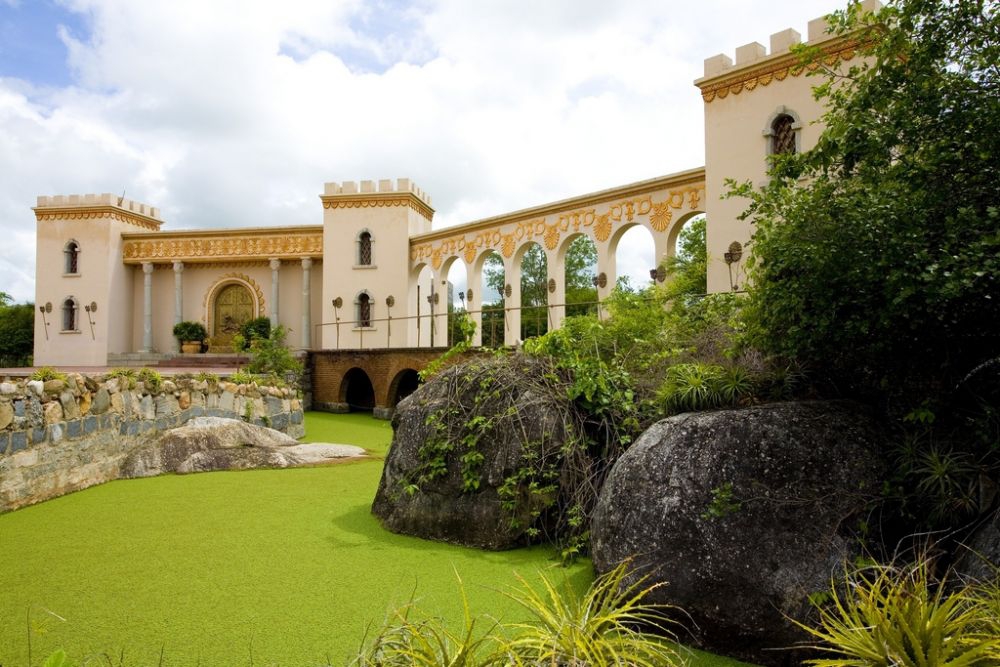 This replica of biblical sites in Pernambuco's hinterland recreates some of the places where Jesus spent his last moments on Earth. The Temple, Herod's Palace, the Calvary, the Mount where the Messiah delivered his Sermon and other locations mentioned in the Gospels are reconstructed here. One of the most memorable characters in the whole play is actually the audience itself. The crowd of spectators is invited to walk from setting to setting as the story develops, eventually becoming part of the play (as large mobs were actually a key character in the crucifixion story, though today the cries of "crucify him!" are replaced by waves of camera flashes).

The show is all in Portuguese, naturally, but fear not, English-speaking visitor: as of 2013 the organisation of the spectacle has made English audio recordings available, so that you can watch the play live but listen to the dialogues of this universal story in your own language.

The spectacle is run today by the leading TV and entertainment group in Brazil (Rede Globo), which means famous actors and outstanding special effects. Packages for the spectacle are sold by travel agencies in the preceding months. Some of them include staying in the same hotel as the stars of the show. The entry tickets for 2013 ranged from R$ 60 to R$ 90. 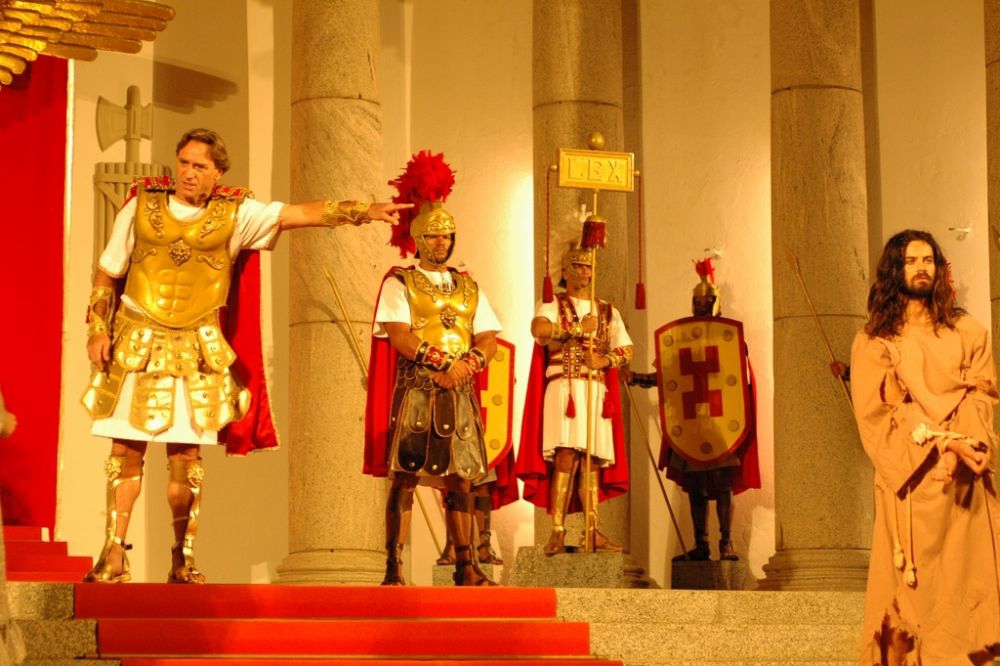 If you can't make the distance to Fazenda Nova, you can still watch this story retold right in the centre of Old Recife. For over 16 years, the Passion of the Christ play is also acted out at the Marco Zero every Easter, being notably more democratic, since it is free, and small-scale, since it waives blockbuster special effects and a TV star cast.

The actor José Pimentel has played the Jesus role for over 35 years and commands the spectacle. He also runs the show in neighbouring Olinda, where the play is staged in front of the Igreja da Sé.  Pimentel was among the creators of the grand spectacle at Nova Jerusalém but resigned as he opposed having TV stars playing all the main parts instead of local actors. Thus, all 100 actors and 300 extras of his show are from Pernambuco.

Since it is close and free of charge, the Marco Zero spectacle also attracts a very large crowd: as many as 70 thousand people. Since 2012, sign language interpretation is also available for hearing impaired viewers.