Tell us what you're looking for...

Some of Pernambuco's churches are the richest representatives of baroque style in colonial Brazil.

Some of Pernambuco's churches are among the richest representatives of baroque and rococo style in colonial Brazil, with impressive gold leaf, carved noble woods, painted ceilings and Portuguese tiles.
Recife and Olinda have a heritage in Baroque churches only, given that the acquisition of a local color in this style made him unique in the world.
In order to take full advantage of these religious attractions, it is a great idea to plan a trip including many of these precious architectural heritages.
Church of São Salvador do Mundo / Sé Church
It was erected under the invocation of “Nosso Senhor Salvador do Mundo” (Our Lord Savior of the World). It was the first church built in Brazil. In 1548, the construction of the new mother church began which has three naves and many chapels around.
During the Dutch invasion, it served as a protestant temple and its structure suffered a great deal with the fire set by the invader.
It is located atop Alto da Sé (Cathedral Heights) with a fantastic view of Olinda. It has been reconstructed four times since, most recently from 1974 to 1983 in a Mannerist style that attempts to re-create the original 16th-century look.
It was reconstructed in the Pernambucan restoration. In 1676, it was elevated to the status of cathedral of the bishopric of Olinda and it has undergone many renovations through time. In 1983, the latest renovation was concluded. Its façade is in baroque, renascentist and colonial style.
It has stands with beverage s and typical foods, handicraft sales, art galleries, museums, bars and restaurants in its surroundings. 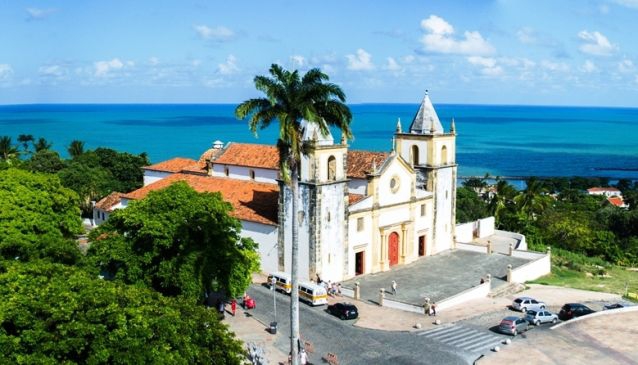 The church in Portuguese is also called Catedral de Madre de Deus or the Cathedral of the Mother of God. It’s located right at the street that bears the same name, so it is pretty easy to find. Is considered a ‘Baroque Temple’, its predominant style is Italian Renaissance, but notes the twin bell towers, which were inspired by 17th-century Jesuit missions. The facade's mosaic panels were made in the Vatican ateliers.
It has become a precious architectural heritage in Recife as it embodies collective memory and culture. It was built in the 1680, a year where the architecture was going to its second Baroque phase.  The grandiose of its exteriors and interiors would only leave one in awe.
Sandstone from the reefs was used in its facade. The interior has works in cantarini, carving and imaginary, in addition to precious images of the Matrix of the Holy Body, demolished in the early XX century. In 1971, a fire damaged the carvings of its major altar. Restored, it was opened in 2008.
Is a monument worth looking at. For years, the church continues to attract travelers from all countries. 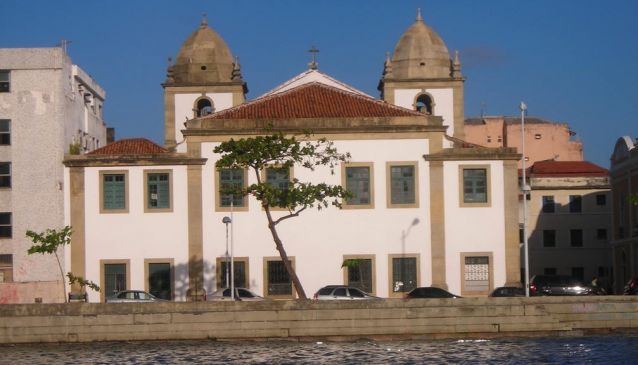 Built by the Benedictins in the 16th Century, this huge monastery housed Brazil's first law school. The first Faculty of Law was established on June 2nd of 1852. In the same year the Faculty was transferred to the Palace of Governors, in Olinda, and in 1854 it was again transferred to Recife.
The church is the only one in Olinda with a mezzanino. During colonial times, the rich people would attend the mass in the mezzanino, the other free people would stay in the floor, inside the church, and the slaves would stay outside.
In the chapel are exceptional woodcarvings. The altar is the richest in Olinda, with many gold pieces. In 2003, the altar was exhibited at the Guggenheim Museum in New York City. The disassembling of the altar was made by a team of specialists, and took months. 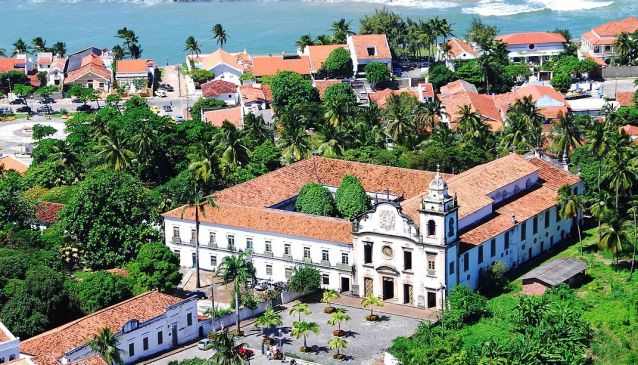 Is one of the most beautiful colonial infrastructures of Recife and one of those few places with well-preserved religious monuments.
It is a remarkable building of Baroque influence, built between 1696 and 1724. The chapel received its name because of the huge quantities of gold covering its elaborately sculpted walls, ceiling and altars.
The ceiling and the walls are filled with religious paintings united by golden
frames - they form a mosaic frescoes reminiscent of the Sistine Chapel, Vatican. Its rich altar covered with gold and a well-designed roof attests to the elevated tastes of the era. It is connected to a suite of buildings and a convent, which is tiled with delicate panels with rich religious designs.
This colonial place also has paintings on its ceilings depicting scenes from religious history and sacred texts. It reminds the people of Recife of two things: its colonization and its religious heritage. 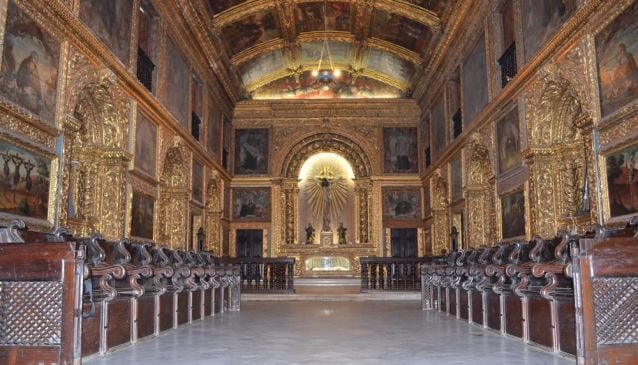 Is one of the most well preserved religious monuments in the northeast of Brazil. Church and convent of Our Lady of Conception. Built in the 16th century, but abandoned during the Dutch period. For centuries, the convent served as shelter for abandoned women.
The original altar is gone, but the walls and ceiling still exhibit magnificent paintings of Our Lady, with details in polycromatic gold. Some paintings describe the Guararapes Battle against the invading Dutch.
The church has a historical importance because it was where the leaders of the Praieira Revolution and the Paraguay War were buried. Also, the place is a reminder of how Brazilian people in Recife rose against colonialism.
Currently, the convent is home of the Irmãs Dorotéas (Doroteas Sisters), the most reclused Order of Olinda; the Sisters can not have any contact with the outside world (not even for medical assistance). The church is open for visitation, but visits must be arranged. 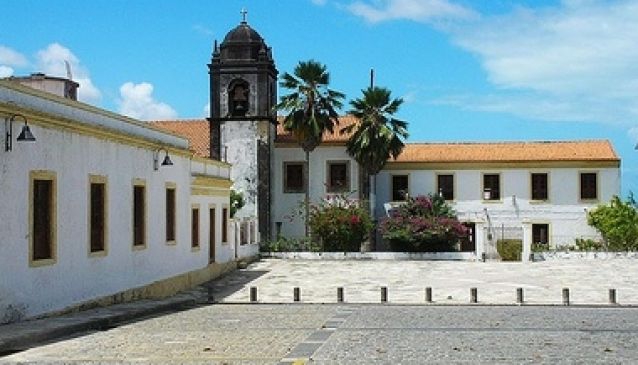 Is the oldest church of the Carmelite Order in Brazil was built in 1580 and restored in 1720. There are still traces of baroque art which are still visible in the golden altar.  Although the church is steep in its history, there is a portion of the Basilica which had been extensively renovated.
In renaissance colonial style, it has in its altar the baroque image of the saint patron, flanked by the founders of the Order, Saint Elias and Saint Eliseu.
Some parts are now made of iron, concrete, and steel.  Even with the modernization of the church, you can still detect a hint of Gothic architecture which is prevalent during the 18th century.
With the regular clean up and maintenance, the life-like image of Our Lady of Carmo is still as it was when it was placed in the church centuries ago.  The golden altar also houses various types of precious rocks and priceless gold crowns.
During one of the most popular catholic events known as the Holy Week, the church is packed with locals as well as tourists from all over the world. 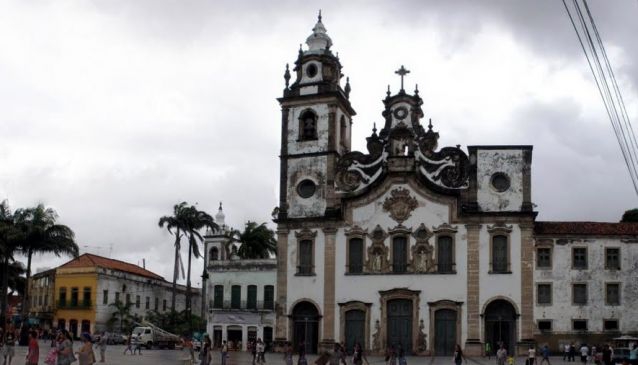 This was one of the first churches in Brazil to be built by a brotherhood of black slaves; several others exist. Is a religious monument for the African slaves who labored during the construction of the church in the 18th century.
Black slaves could not profess their religions, and could not enter Catholic churches either. Groups of blacks used to meet around the churches and organized a celebration called Congos, a means to maintain their original African beliefs. In Olinda and Pernambuco, free slaves were allowed to create brotherhoods and build churches.
The church has seen fierce battles for the emancipation of the blacks. Now it has become a symbol of hope in its resistance during the olden times.
This building was restored in 1988; during the restoration, the specialist’s uncovered paintings which resembled the gold and gems used in the altars of the richer churches. 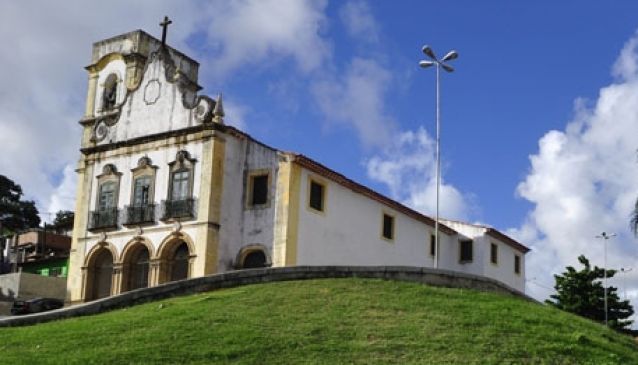 In English, the church's name means Cathedral of St. Peter of Clerics. This temple is one of the most representatives of the Brazilian baroque with one of the most beautiful facades in 18th century Recife architecture. The church was built between 1728 and 1782 by the St. Peter´s Brotherhood and after a design by architect Manuel Ferreira Jácome.
It stands as an interesting historical and cultural artifact in the St. Peter square. It has Baroque features with a little Portuguese design in its facade. Right at the center of the church, you will be greeted by a door with exquisite carvings. The altars of jacaranda wood, a pulpit plated with gold, and a ceiling painted with unique renderings is just some things surely to catch the eye of the appreciative traveler.
This religious monument is not far from the town center. Its accessibility to cafés and restaurants, it is part of the scenario of an important pole of cultural animation and leisure.
With the St. Peter's courtyard and its buildings surviving since the XIX century, makes it one of the most visited places in Recife. 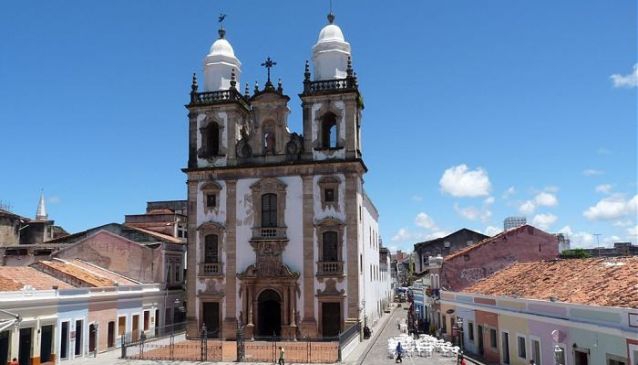 The church is a Baroque construction. The building is conveniently located at the Jaquiera Park along Rui Barbosa Avenue. For a long time this place was completely closed.
Its history dates back to the early eighteenth century, when the owner of those lands was Captain Henrique Martins. Before him, the land belonged to the lord of the mills, Antonio Borges Uchôa, the same who built a bridge over the river Capibaribe, called the Ponte D'Uchôa.
Its interior is decorated with rare tiles. The tiles are similar to those of other famous churches in Recife like the Carmelite and Franciscan convents.  The significant paintings from the late eighteenth century adorn the tiled walls of this old monument. The structure is based on fantastic baroque style.
You can also observe two large oil paintings on wood, representing St. Anthony and St. Henry and St. John the Baptist and St. Philip Nery. The temple altar is baroque. There is a manuscript in the chancel, dated November 13, 1781, which contains the translation of a brief indulgence of Pope Pio VI. 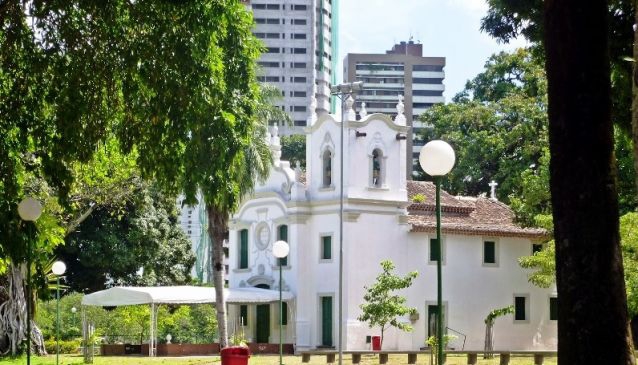