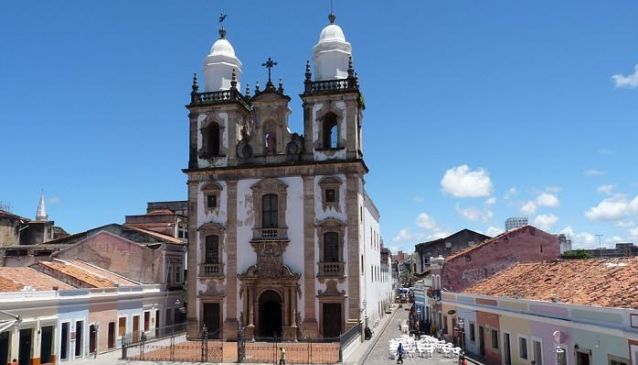 It was the second church of the Order of Saint Peter, the first, built in 1711, having been dedicated to Saint Peter the Martyr. The building was built in the baroque style during the eighteenth century and is one of the most significant religious architectural works of Pernambuco.

The Brotherhood of the Clerics of St. Peter, established in June 26, 1700, almost 20 years later, the construction of the religious monument started.

The building is part of an architectural characteristic of great importance, erected around the courtyard of Saint Peter. Besides its religious importance, in a certain period the church became an active center of sacred music.

The interior is covered in beautiful muted paintings while the doors are decorated with rosewood and marble. Cushions adorning the worshippers seats are covered in intricate and impressive works of embroidery.

This religious monument is not far from the town center. Its accessibility to cafés and restaurants. It is one of the most visited places in Recife.