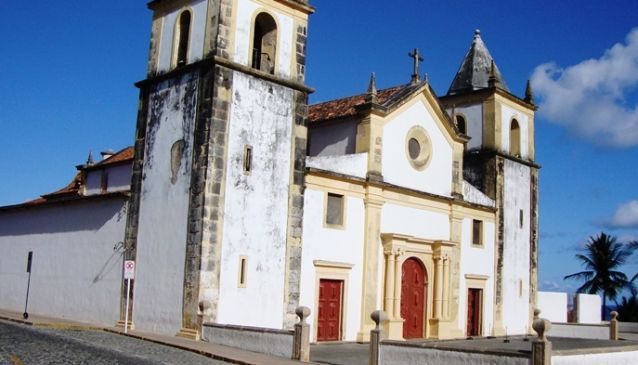 Directions to Church of São Salvador do Mundo - Sé Church

The word Sé, refers to the fact that it has been the Cathedral of Olinda and Recife since 1676 and is therefore the most important church in the area.

Built in 1535 by the Dutch, it was later transformed into a Protestant temple during the period of Dutch invasion, later returned to being a Catholic church. Its façade is in baroque, renaissance and colonial style.

Its structure suffered a great deal with the fire set by the invader. It was reconstructed in the Pernambucan restoration. In 1676, it was elevated to the status of cathedral of the bishopric of Olinda and it has undergone many renovations through time.

The church it is located on the See's hill where one can have a marvelous view of the city of Olinda. Near the monument you can find typical foods, handicraft sales, art galleries, museums, bars and restaurants.

The backyard is open for visitation, and is one of the best places to take photos in Olinda.