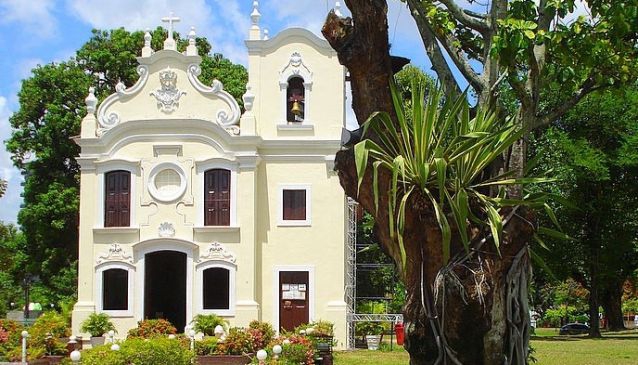 Its history dates back to the early eighteenth century, when the owner of those lands was Captain Henrique Martins. Before him, the land belonged to the lord of the mills, Antonio Borges Uchôa, the same who built a bridge over the river Capibaribe, called the Ponte D'Uchôa.

The chapel was located in a small farm of the Jaqueiras.  Since then it was known as the Capela da Jaqueira and the name persists until today.

The structure is based on fantastic baroque style.  The tiles are similar to those of other famous churches in Recife like the Carmelite and Franciscan convents.

The altar as well as the choir place is adorned by relevant paintings of the 18th century. The pictures of the saints are made of oil on wood. Even if the style of the altar is in baroque, some vestiges of rococo style are visible.  Also there is a manuscript in the chancel, dated November 13, 1781, which contains the translation of a brief indulgence of Pope Pio VI.