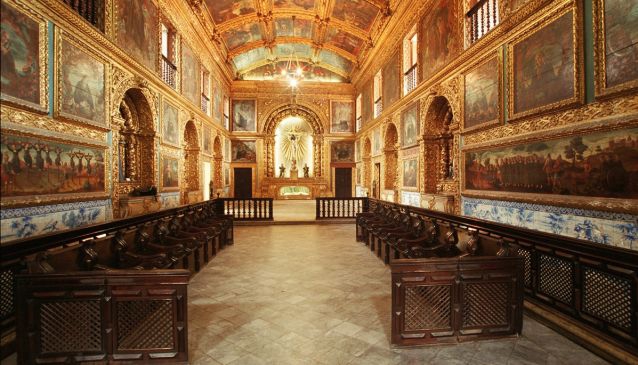 This is one of the most beautiful baroque style churches in the country. This historic building began its life as far back as the end of the 17th century and is one of the most admired religious monuments in Brazil because of its baroque architecture.

The monument was built between 1696 and 1724, it is the expression of the baroque sacred art of Recife, Pernambuco and presents one of the most beautiful sets of Portuguese cuts in Brazil.

The chapel received its name because of the huge quantities of gold covering its elaborately sculpted walls, ceiling and altars. Every inch of its in interior that is not filled with paintings or tiles is covered by gold covered hoists.

This colonial monument also has paintings on its ceilings depicting scenes from religious history and sacred texts. It reminds the people of Recife of two things: its colonization and its religious heritage.