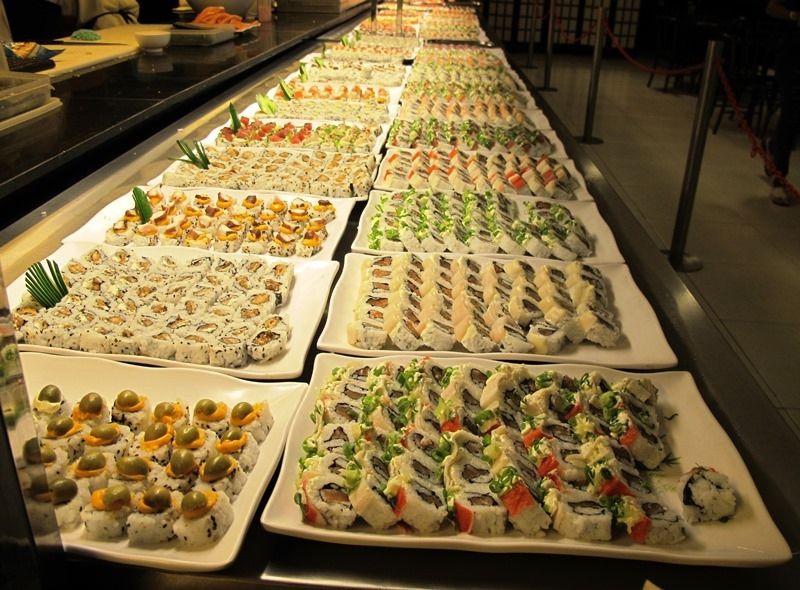 Tay San is one of the favourite restaurants for sushi and Chinese cuisine among local guests. Over the years it became a favourite satisfying alternative option for Oriental food.

Its specialty is Chinese and Japanese cuisine.  The restaurant offers wonderful dishes in three different services:

The restaurant started ten years ago in the Boa Viagem neighborhood, just a few blocks back from the beach. It currently has two units in the capital of Pernambuco, one in Piedade, the other one in Boa Viagem.

The main venue is housed in one of the more traditional parts of Recife, the restaurant is near Boa Viagem beach, the airport and the main hotels of the city.

They have a huge buffet with a huge variety. The Buffet will occupies the entire length of the restaurant with the sushi men behind the counter doing the dishes at the time.

Differences between Chinese and Japanese food

Japan and China may even be 'near' geographically, but the two countries have significant differences between their cultures, customs and cuisine.

While Chinese cuisine is marked by pot roast and fried meats, the Japanese have the raw or grilled fish its protagonists.