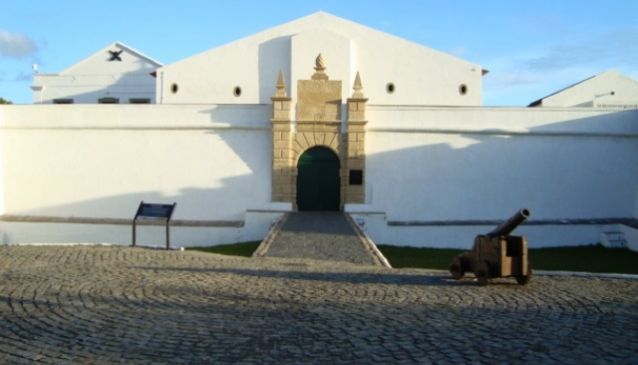 Directions to Forte do Brum (Fortress of Brum)

Was built 1629 by the Portuguese colonizers and completed in 1630 by the Dutch invaders.

As the Dutch took charge of the affairs of Pernambuco, the Forte do Brum was rebuilt in honor of Johan de Bruyne who presided over the political council of Olinda and named it Forte de Bruyne.

In 1654, the Dutch were expelled and the Portuguese rebuilt it. The return of the Portuguese in Recife had their name replaced to Forte de Sao Joao Batista do Brum.

The place today has gone a long way from its original purpose. It is currently a military museum where are exposed arms, weapons, ammunition and uniforms from the time of the Dutch invasion up to nowadays.

Visitors can also expect to find medieval armour and daggers from the 16th century, together with relics relating to the part played by the Brazilian Air Force during the Second World War.

The building provides one an overview of the significant changes that have happened in the last three centuries.