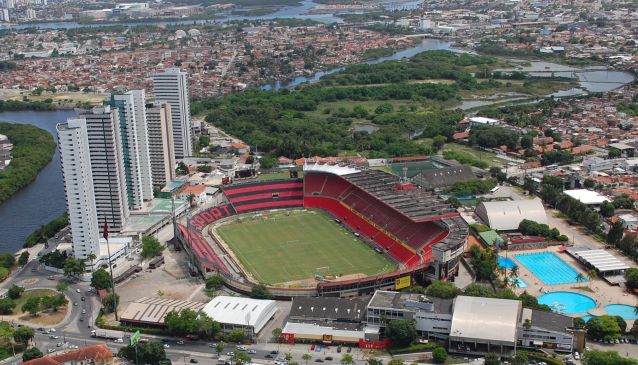 Sport Club is one of the 3 big football (soccer) clubs in Recife, Pernambuco State, Brazil and with the highest number of supporters, according to research sources.

Sport was founded in May 1905 by Guilherme de Aquino Fonseca, after returning from the UK where he discovered the origins and became passionate for the sport. Sport Club's mascot is a lion and nicknamed 'Lion of the North-East'.

Sport has won several national, regional and international trophies, as well as the many Pernambuco State championships. Currently Sport is in the B Series of the Brazilian Championship, the entry group to the Brasileirão.

The Adelmar da Costa Carvalho Stadium (commonly known as Ilha do Retiro) was built in 1937, capacity 35,000, is projected to be replaced by a modern facility Arena Sport. This will be built to European standards and ensure the viewing of games in comfort and safety for all the family.

During the pre-construction phase, when the project is finally agreed, Sport will play their games at the Arena Pernambuco stadium, built for the 2014 World Cup, though for several important games they already have used the Arena and to its FIFA standard facilities.