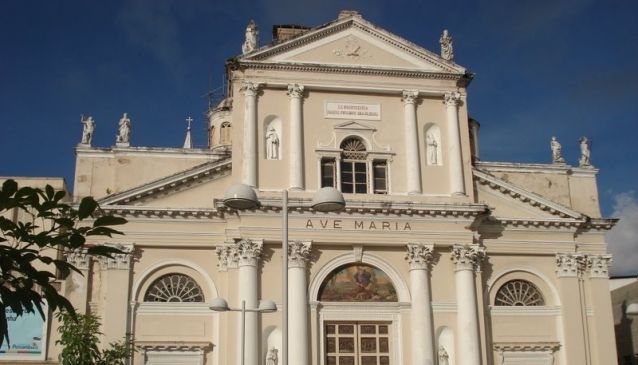 Built by the French Capuchins. Is the only religious monument in Recife that has the Corinthian style. Between the start of construction (1656) and the conclusion of his works, it took over 200 years.

It belongs to the neighborhood of San Jose. The building is strongly marked by the presence of tall and slender bell towers and the huge dome of the transept, symbols of a strong religiosity.

Its cross-shaped ground floor ends in a semicircle and has a neoclassic facade with outdoor marble statues, such as that or Nossa Senhora da Penha (Our lady of Rock).

The marble columns of the temple came from Italy. Inside, one of the altars is the tomb of Dom Vital and the sacristy is the Dom Vital museum, which houses personal belongings of the bishop.

According to historian Carlos Alberto Campelo, the church has the only true frescoes in Latin America, painted by artist Murillo La Greca.