If you are one of those people that are fascinated with rivers, then this top-ten list is for you

Recife is known as the "Brazilian Venice", at it is criss-crossed by two important rivers - the Capibaribe and Beberibe (see later) . If you are one of those people that are fascinated with rivers, and how they shape the history and culture of a destination, then this top-ten list is for you.

This is the longest river that runs entirely in Brazilian territory and the fourth longest in South America. It is an important river for Brazil, called "the river of national integration" because it unites diverse ecosystems and regions of the country, in particular the Southeast with the Northeast.

It is crucial for the socio-economic activites in the regions through which it passes. Around Petrolina (Pernambuco) and Juazeiro (Bahia), it supplies irrigation for an impressive area of fruit and wine production.  Approximately 180 fish species are known in this river and aquaculture (fish-farming) is becoming an important local economic activity.

The São Francisco river is of great importance in the regional history and particularly in folklore. That history is celebrated in songs, legends and souvenirs. It used to be known as the Opara by the indians before the colonization, and is still popularly. It is fondly called the Velho Chico in Brazil.

It is navigable in some areas, but traditional passenger navigation has all but disappeared in recent years due to changes in the river flow. 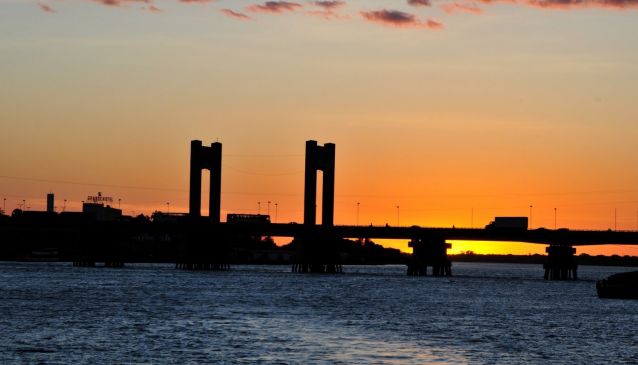 Recife is criss-crossed by two rivers, the Capibaribe and Beberibe, which around the old centre, Recife Antigo, produce several islands and many bridges.

The river rises in the city of Camaragibe and runs through the state of Pernambuco. It is formed by the river Pacas and the river Araça and has a length of approximately 23 kilometers. The Beberibe meets the Capibaribe River near to the end of Aurora Street (Recife city center) to flow into the Atlantic Ocean. The name means where the sugar cane grows.

Due to coastal engineering in centuries past, with the building of a breakwater in the port area of Recife, the Beberibe River got another mouth before the confluence with the Capibaribe, before turning the peninsula of Old Recife on another island, among the many that form the city. 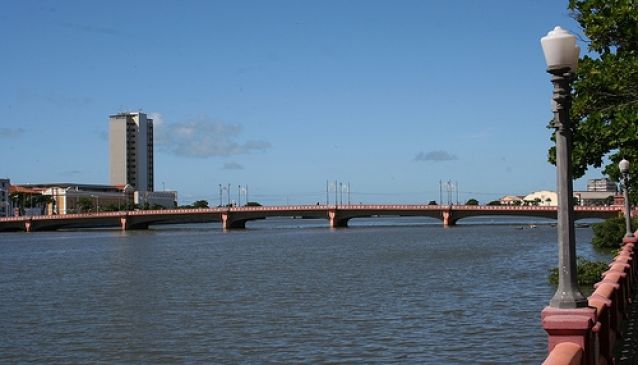 Recife is located where the Beberibe River meets the Capibaribe River to flow into the Atlantic Ocean. Its name is an allusion to the stone reefs that are present by the city's shores. The many rivers, small islands and over 50 bridges found in Recife city center characterize its geography and gives it the name of the "Brazilian Venice."

The Capibaribe river was a geographic determinant factor in the history of Pernambuco and the Northeast of Brazil. It was in its floodplain that the first sugar cane mills were built by European settlers, due to its black clay soil, suitable for cultivation. It also served as access to the hinterlands and into the wilderness, where he developed the livestock. Nowadays, the government is implenting a project for navigability of the river, for urban transportation. 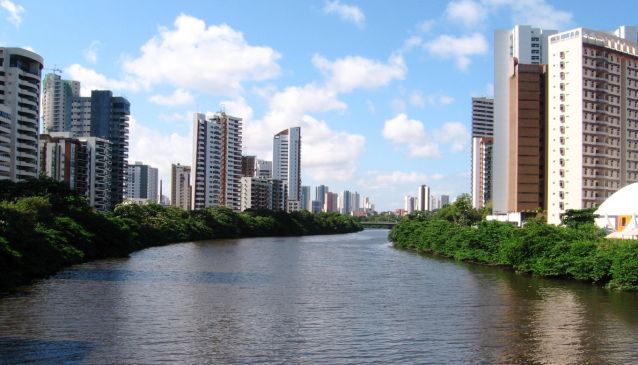 Its highest water level is between the months of January to March (rainy season). 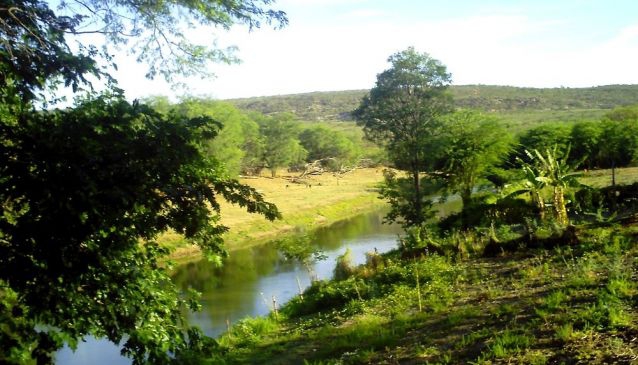 This river is infamous for its unpredictable nature; it runs dry for months before, all of sudden, bursting its banks with water and flooding nearby towns. Is formed by the union of the Carapateiro and Trici rivers, both of which originate in the Serra Grande. Some parts of the river can disappear during times of drought, which earned it the title of world's largest dry river, returning and rising very fast in volume and extent in the rainy season, making it necessary to use canoes to cross it. 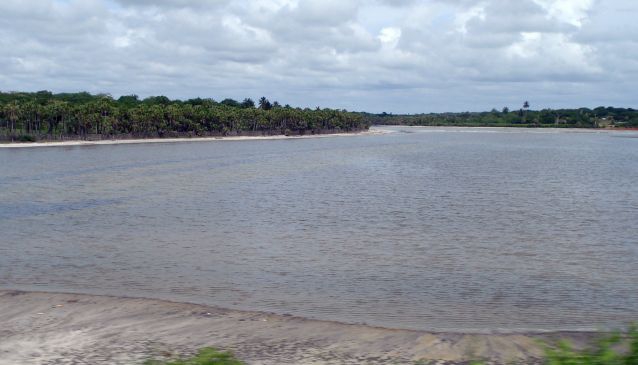 The river rises in the Agreste, in the city of Garanhuns. Originates in the Borborema Plateau of Pernambuco state, and flows southeast through Pernambuco and Alagoas states to empty into the Mundaú Lagoon at Maceió, Alagoas' capital. Mundaú Lagoon is an estuary, connected to the Atlantic Ocean and Manguaba Lagoon to the south by a network of channels. "Mundaú"  is a term of Tupi origin meaning "water thief". 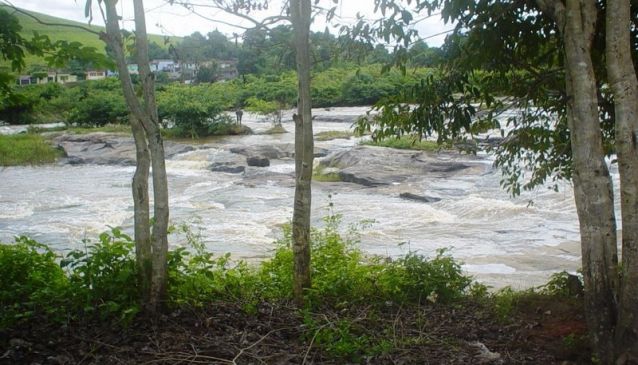 It is an affluent of the river São Francisco. Originates on the Borborema Plateau, and flows southwest to join the São Francisco River. The Pajeú rises in the Serra da Balança, in the municipality of Brejinho near the border between the states of Paraíba and Pernambuco. 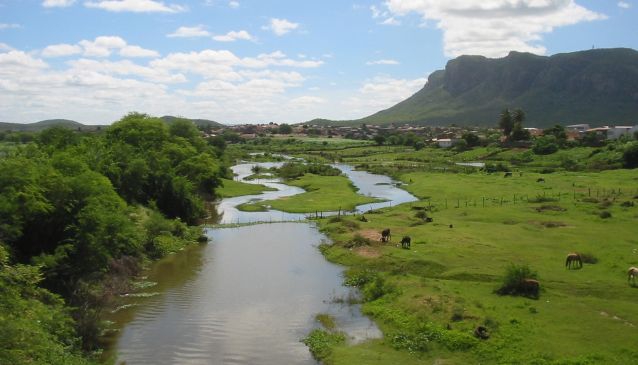 It is formed by the confluence of the Tracunhaém and Capibaribe Mirim rivers, and drains eastward into the Atlantic Ocean. Border between the states of Pernambuco (PE) and Paraiba (PB), northeastern Brazil. On the coast, above is Pitimbú Beach (PB) below is the Carne de Vaca Beach (PE). 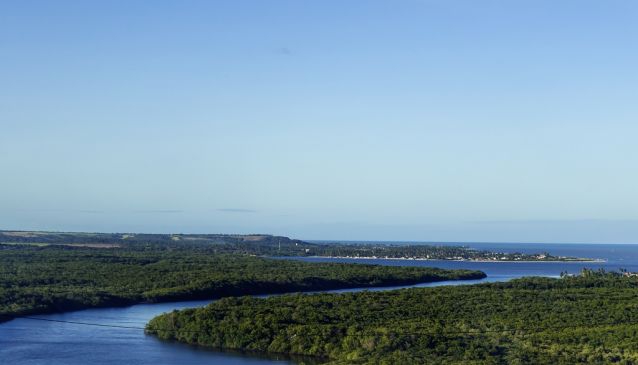 The Una river is considered one of the most important rivers in the state of Pernambuco. Originates on the Borborema Plateau, flows east, and empties into the Atlantic Ocean near Barreiros. Its length is 290 km. The main land uses are in industrial and urban occupancy, mixed farming, cultivation of cane sugar and areas of mangroves and rainforest. 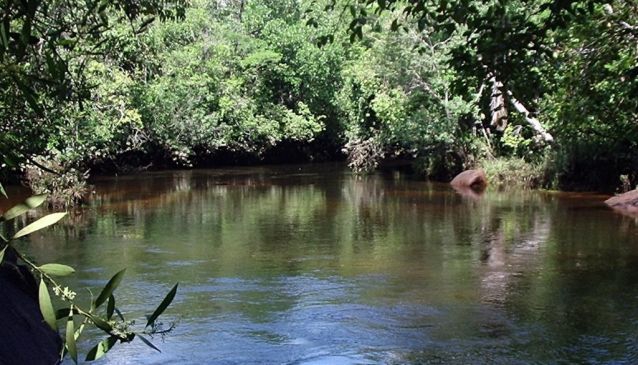