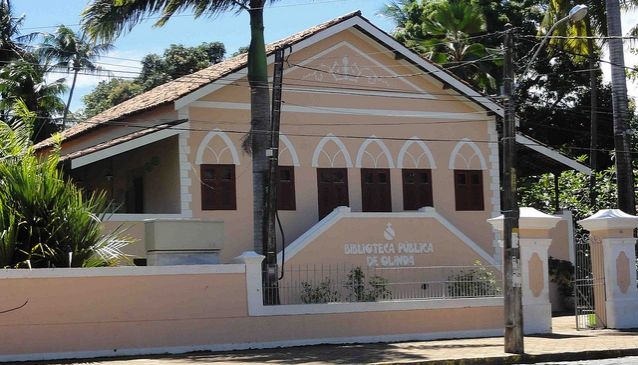 Established in 1830, Olinda's Public Library was the first library in the state and the fifth to be set in Brazil. With the relocation of the Olinda Law College to Recife, the library did not operate for several decades being re-established by a law.

The historical building is one of the oldest in the city, and was depicted by Franz Post in paintings about Olinda in the 17th century.

It offers a collection of 22,000 works including historical, economic and political pieces about colonial and imperial periods of Brazil and Pernambuco. The collection includes titles of Brazilian, English, French and Portuguese literature.

The noble hall it was recently opened, located on the top floor of the building, it was designed to house major exhibitions and photographic exhibitions.

Another recently innovation was the launch of the literary soirees program that will promote on-site launch titles and poetic recitations.

The library is located at suburbs of Caramel, in Liberty Avenue.