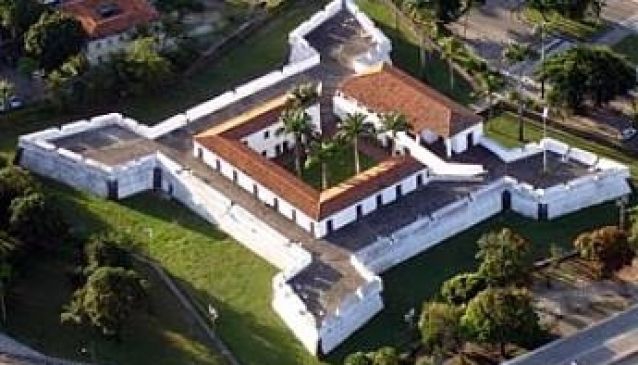 The Museu da Cidade do Recife is located within the walls and bullwarks of the Forte das Cinco Pontas, a square-shaped old military fortress. This military construction was originally built by the Dutch in 1630, during their invasion and occupation of Pernambuco's lands.

After the locals and Portuguese settlers regained control of the area, the star-shaped fort was demolished and rebuilt one point short. So though today the fortress only has four points, it retains the original five in its name.

The museum has a rich collection of pieces and images (over 150 thousand) about the city and society of Recife.

On 2012, it reopened after being closed for nearly three years for reforms, estimated cost around R$ 2.4 million. The museum now is fully accessible to handicapped visitors, it has bilingual signs and texts, special lighting and parking space for 132 vehicles.

Entry tickets cost R$ 4 and R$ 2 for students. Children under 5 do not pay.