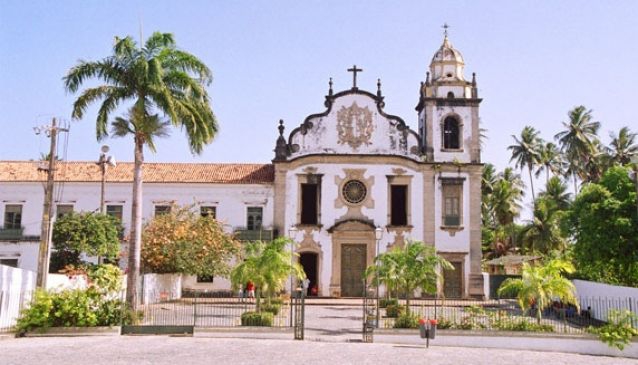 Built by the Benedictine order in the 16thcentury, this church is one of the most impressive in Olinda. It's construction had begun in the sixteenth century and because of the fired occurred during the Dutch invasion (seventeenth century) it was rebuilt in the next century.

It has a magnificently ornate altar in gold, one of the finest Baroque examples in the world. In 2003 it was dismantled over a period of months to be transferred and exhibited in the Guggenheim Museum in New York. Today it is back in its rightful place.

The church is the only one in Olinda with a mezzanine, a typical floor of the colonial times. During that time, the rich people would attend the mass in the mezzanine, the other people on the ground floor, and slaves outside.

On Sunday mornings, the monks themselves open the heavy doors of rosewood and invite passersby to high mass. Daily, in the late afternoon, the courtyard in front of the church becomes the meeting point for locals and tourists.