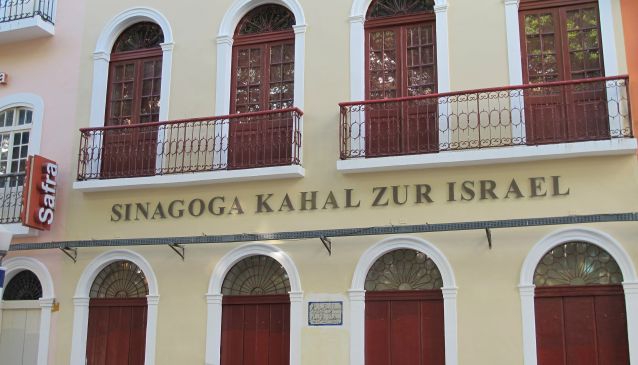 Kahal Zur Israel is the first synagogue built in the American continent in 1639 by Jews who settled in Recife during the Dutch occupation 1630-1654, situated in Bom Jesus Street, which was previously known as Rua dos Judeus ('the Street of the Jews').

It was rediscovered in 1998 and from 2000 was restored painstakingly to show its original form and features.  Based on old maps, archeological excavations uncovered the remnants of the synagogue, including the original Mikvah - a bath for religious ceremonies - under six layers of floors. The restored synagogue reopened in December 2001.

Today it is a Museum and Cultural archive, used for cultural and religious events linked to the Jewish culture and faith. It has become one of the main stops on the city's tourist circuit and its archives attract scores of Brazilian and foreign historians.

Visitors, including renowned Jewish scholars, come from worldwide to pay homage to its historical and religious importance including the 'Bor' (well) which supplied water to the 'Mikve', a fountain used for spiritual purification and renewal.