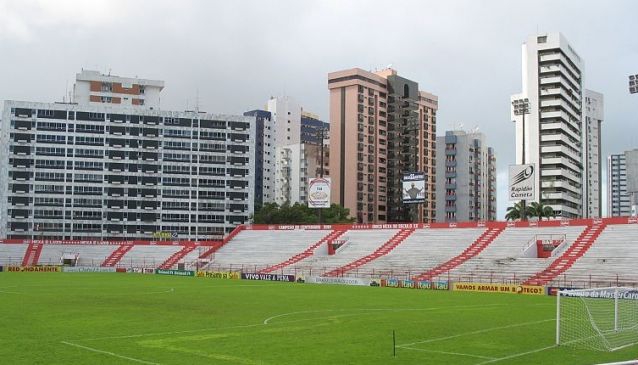 It was the first stadium in Pernambuco state. The building was built in 1939 and is able to hold 20.000 people.  The first match was played on June 25 of that year, when Náutico beat Sport Recife 5-2.

In 1996, the stadium reformation started, ending only on April 7, 2002, when it was reinaugurated.

The club has an historical rivalry with local club Sport Club do Recife. Their derby is known as 'The Derby of the Derbies'.  It is one of the oldest derbies in Brazilian football.

Náutico's other local rival is Santa Cruz. The rivalry between the two clubs is known as the 'Derby of the Emotions'.

Since July 2013 Náutico play their home matches in the Arena Pernambuco, a new stadium in the western suburbs of Recife, constructed for the 2014 World Cup.