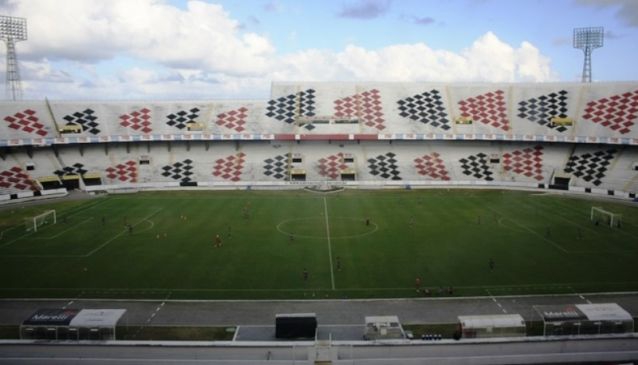 The stadium's attendance record currently stands at 90,200, set on March 23, 1994 when Brazil beat Argentina 2-0. Since then the capacity of the stadium has reduced due to safety reasons.

The first match was played on June 4, 1972, when Santa Cruz beat an Amateur Brazilian National team 1-0. The Ex-Beatle Paul McCartney played 2 concerts at the stadium during On the Run Tour on April 21 - 22, 2012. It was his first time in Recife.

Created on 3 February 1914, the Santa Cruz Football Club was conceived by a group of boys who played football on the pavement by the Igreja de Santa Cruz (Church of the Holy Cross), in the Boa Vista neighborhood of Recife. The name of the team is an allusion to the place where it began.

The team of Pernambuco will play this year in the second division.