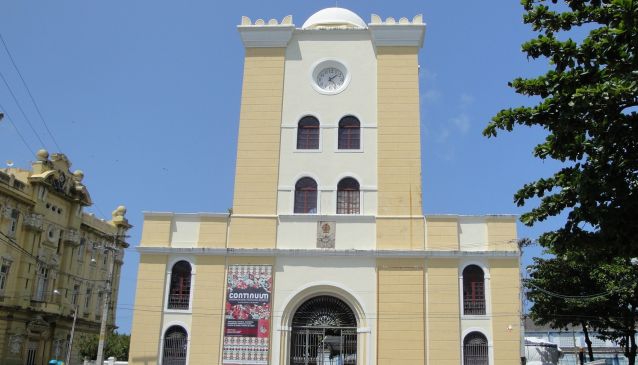 Was named by the people of Recife in reference to the tower of the same name located in the town of Sebastopol (in southern of Russia, now Ukraine), which that year, during the Crimean War, resisted the French and English assault for a drawn-out and arduous eleven months.

The stately architectural lines of the Portão Monumental da Marinha were associated with the name Malakoff because of its association with the qualities of strength, greatness and resistance.

Currently, it is a cultural site where exhibitions and festivals are held, including events related to science, photography, cartoons and arts in general.  The tower was renovated in 1999, keeping the old features of the Tunisian -style monument.

Cultural area: has the proposal involving science, art and technology. Works with exhibitions of photos, comics, among others and it is used to do popular manifestations as well.